On the 13th of January, 1982, Air Florida Flight 90 crashed moments after take-off from Washington National Airport. 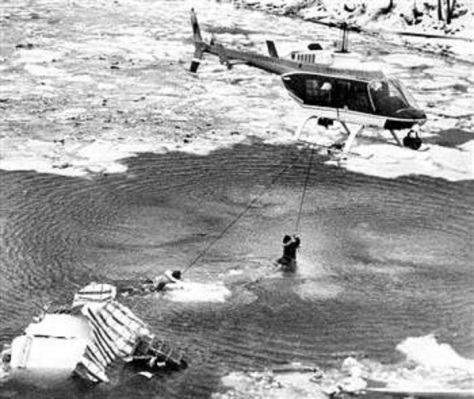 It hit 14th Street Bridge over the Potomac River (killing four people who were crossing in cars at the time) before plunging into the icy water and sinking. Only five of the seventy-nine people from the plane managed to escape. 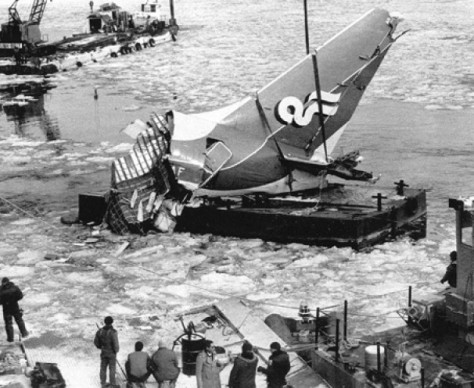 The crash resulted in some famous acts of heroism.