The German zeppelin Hindenburg trundles into the U.S. Navy’s hangar at Lakehurst, New Jersey, on the 9th of May, 1936. The rigid airship had just set a record for its first north Atlantic crossing, the first leg of ten scheduled round trips between Germany and America.

The disaster that saw the destruction of the airship happened just short of a year later, on the 6th of May, 1937. 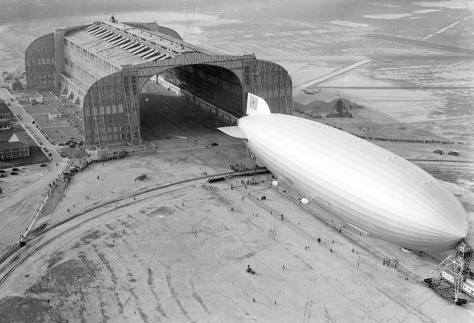 One thought on “On this day: the Hindenburg in New Jersey in 1936”