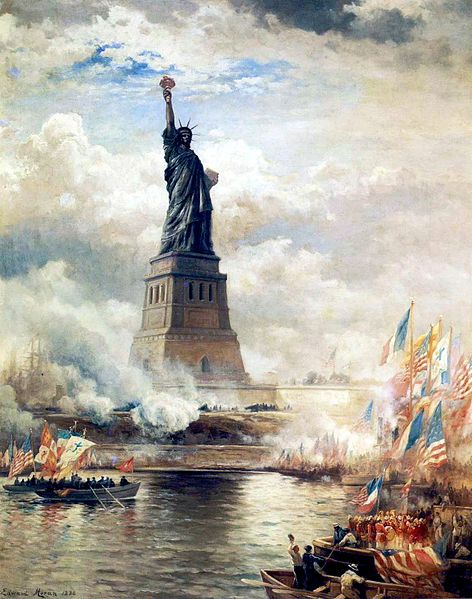 In the afternoon of the 28th of October, 1886, US President Grover Cleveland dedicated the Statue of Liberty in New York. Cleveland was New York governor before becoming President.

Only dignitaries were allowed at the actual dedication ceremony.

An early image of the statue, thought to be from the first decade of the 20th century.

Earlier on the day of the dedication a parade was held in New York City, and the spontaneous throwing of ticker tape from windows became the world’s first ticker-tape parade.