On the 17th of December, 1967, Australia’s Prime Minister went swimming in the sea and was never seen again.

Harold Holt, who had been in office for twenty-two months at the time, was a strong swimmer. However, he ignored warnings not to swim in the rough surf and dangerous currents of Cheviot Beach and went out anyway. When he disappeared from view his friends raised the alert.

An official announcement was made on the 19th, stating that the Prime Minister was thought to be dead. 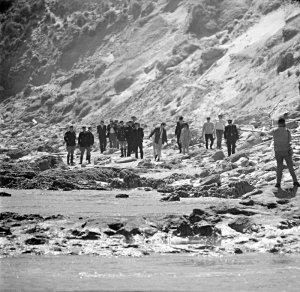 On the 22nd, a memorial service was held. It was attended by the Presidents of the United States, South Vietnam and South Korea, as well as Charles, Prince of Wales.

In the weeks after his disappearance many crazy theories were put forward, including allegations of abduction and of the involvement of Chinese spies.

3 thoughts on “On this day: the disappearance of Harold Holt”