The Prinzessin Victoria Luise, recognised as the world’s first cruise ship, was launched on the 29th of June, 1900.

Her maiden voyage came on the 5th of January the following year, travelling from Hamburg to New York. 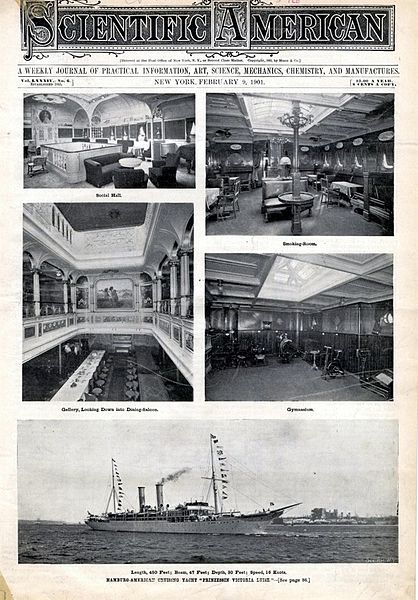 Only five years later her career came to an end when the ship became lodged on rocks in Jamaica. The captain shot himself in his cabin, and the passengers were not rescued until the following morning.

The ship was declared a total loss soon after.

One thought on “On this day: the world’s first cruise ship”