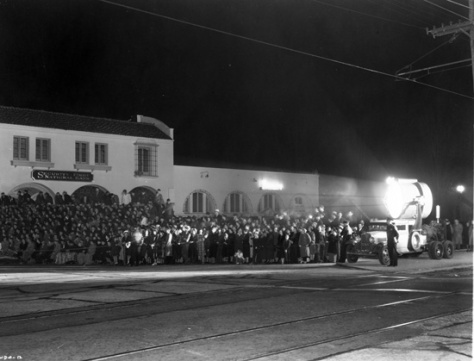 On the 21st of December, 1937, Disney’s first feature-length film premiered at the Carthay Circle Theatre in Los Angeles.

Snow White and the Seven Dwarfs went on to receive Oscar and Grammy nominations, and won an award at the Venice Film Festival.

The film’s general release came in February the following year.

One thought on “On this day: the premiere of Snow White and the Seven Dwarfs”