John D. Lee sits beside his coffin in Utah moments before his execution by firing squad on the 23rd of March, 1877.

He was the only person who was ever punished for playing a part in the 1857 Mountain Meadows massacre, when a Mormon militia killed over a hundred non-Mormon settlers over a number of days in September. 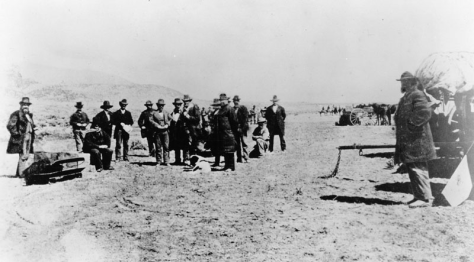