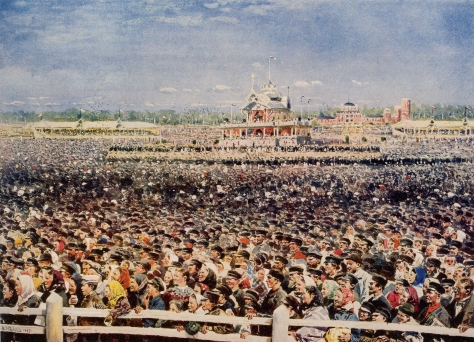 The Khodynka Tragedy was a deadly stampede that happened during coronation celebrations for Russia’s last emperor, Nicholas II, in 1896. 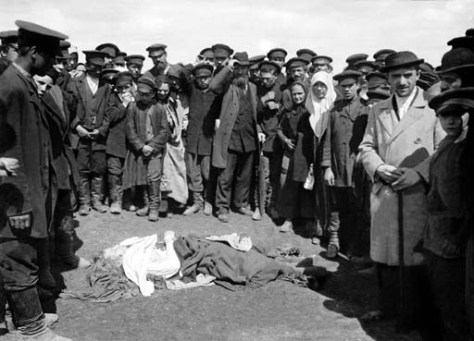 People crowd around one of the victims.

Evidence of the tragedy was cleared away before many at the event in Moscow became aware of it, and Nicholas and his wife Alexandra continued with their schedule, including attending a ball with French diplomats that evening. It was decided it was more important to have good relations with the French than to appease the people of the Russian Empire.

The minor imperial response to the disaster did no favours for the family’s public image.