The Battle of Morales, part of the Peninsula War over the Iberian Peninsula, was fought on the 2nd of June, 1813.

Considered a victory for the British and a defeat for the French, the battle took place in the region of Toro, Zamora, Spain.

The Peninsula War was part of the larger Napoleonic Wars, and lasted a few days short of six years. 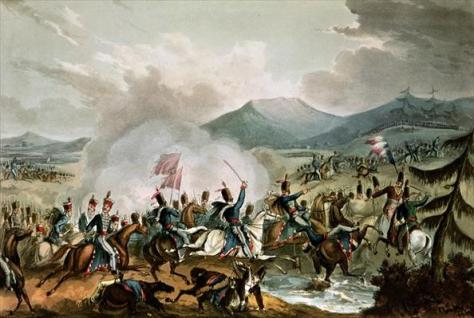