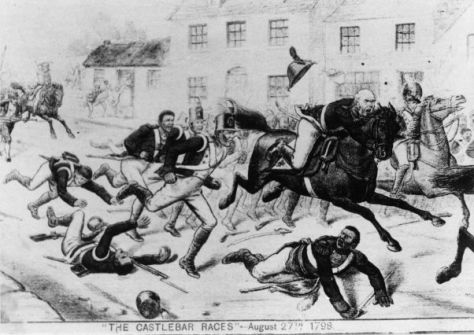 On the 27th of August, 1798, a rebellion took place in Castlebar, County Mayo, Ireland.

In what would come to be known either as the Battle of Castlebar or the Castlebar Races, a force of two-thousand Irish rebels and French troops defeated six-thousand British troops.

This event was part of the larger failed Irish Rebellion of that year.