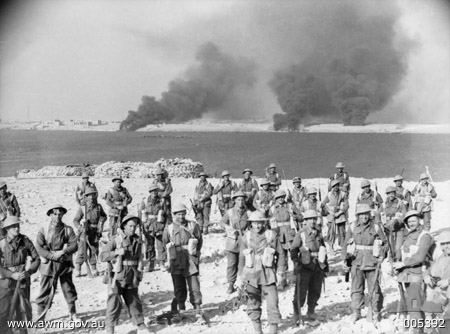 Australian troops photographed by Frank Hurley in Tobruk on the 22nd of January, 1941.

The harbour town in Libya became the focus of a 241-day siege a few months later. 14 000 Australians – known as the Rats of Tobruk – fought a combined force of Nazis and Italians. Control of the town was crucial to Allied interests in North Africa.

2 thoughts on “On this day: Australian Troops in Libya”