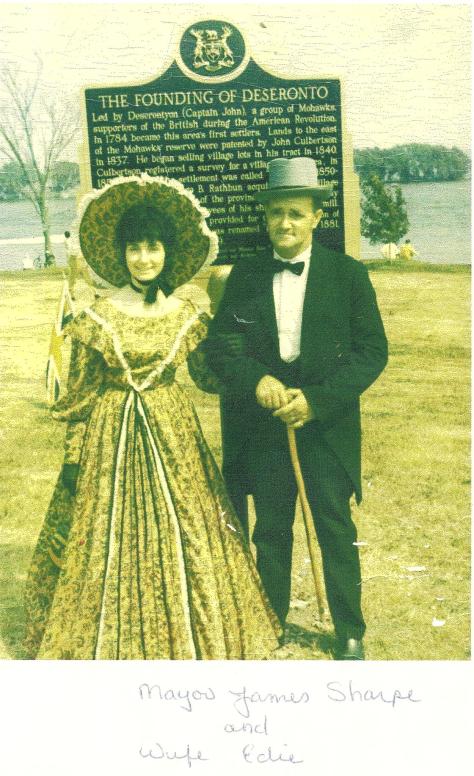 Mayor James Sharpe, his wife Edie, and Chief Earl Hill pose in front of the plaque in Centennial Park on the hundredth anniversary of the founding of Deseronto, Ontario, Canada. 19th June 1971. The Sharpes wear 1870s clothing for the occasion.

Deseronto is named after Captain John Deseronto, a native Mohawk leader and a captain in the British Military Forces during the American Revolutionary War.