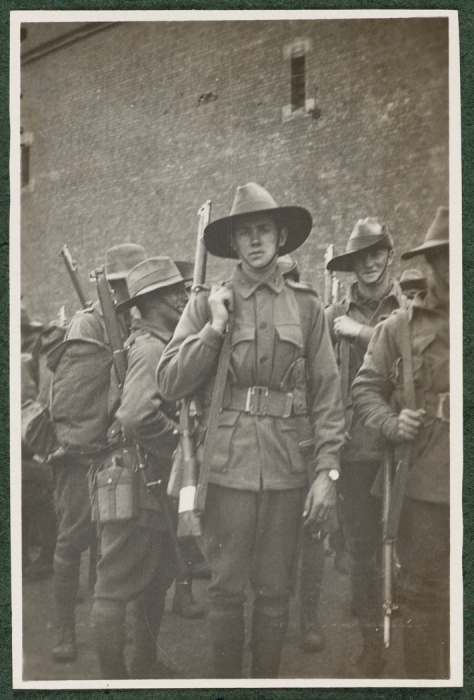 This photograph is titled:

Fort Macquarie, in the Australian state of New South Wales, was located at Bennelong Point, where the Sydney Opera House stands today.

Australia committed to the First World War from the outset, with preparations beginning even before Britain declared war on Germany in early August of 1914.