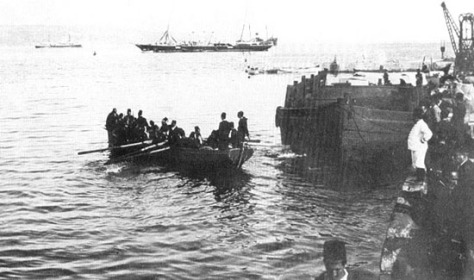 Ottoman Turks are seen departing Chania (Hania) on the Greek island of Crete on the 3rd of November, 1898.

During Ottoman occupation, Chania’s churches were turned into mosques. However, a population exchange between Greece and Turkey in the 1920s at the Ottoman Empire’s dissolution ended Islamic influence in the region.