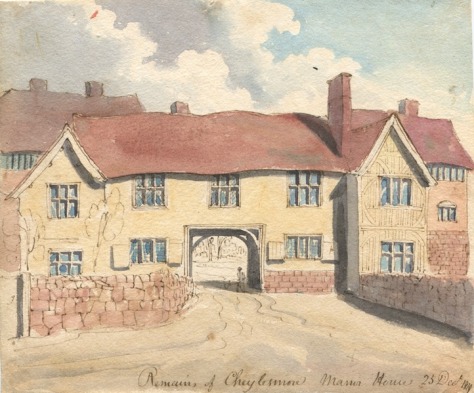 The manor house of Cheylesmore, England in a watercolour and ink painting by William Henry Brooke, dated the 25th of December, 1820. Parts of the building date back to the year 1250, and some of its most famous residents were Edward, the Black Prince and Henry VI.

Unfortunately, much of what did survive the Second World War was demolished in a development project in the 1950s.

Cheylesmore now makes up part of the southern half of the city of Coventry in the West Midlands.