This collection of images shows Australian soldiers celebrating Christmas in Vietnam in the 1960s and 1970s.

Australia committed approximately 61 000 troops to the Vietnam War between 1962 and 1972 (and again occasionally until 1975), including many thousands of conscripts.

All the photographs are from the collection of the Australian War Memorial, Canberra. 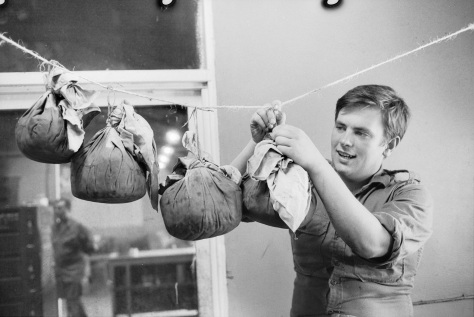 Newly arrived members of 3rd Battalion, The Royal Australian Regiment (3RAR), preparing their base camp for the Christmas season. 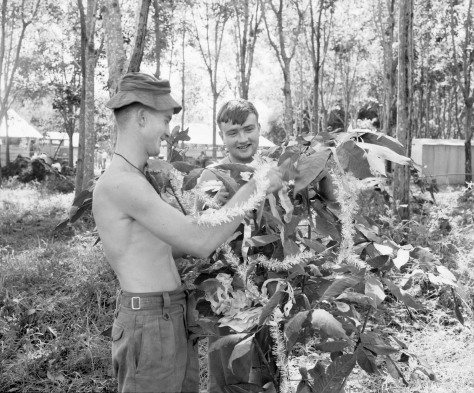 Corporal Arthur Wallis, 21, sharpening a knife in preparation for carving the three prime hams he has prepared for Christmas. 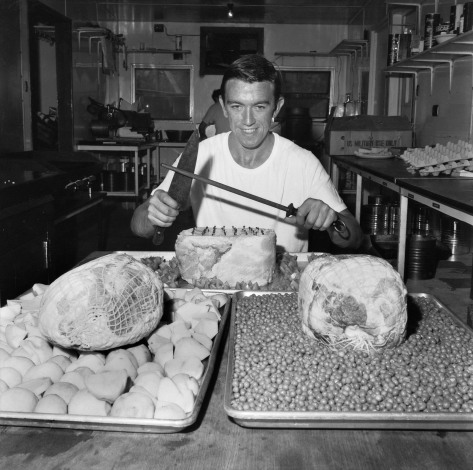