Canada’s Queen’s University was founded on the 16th of October, 1841. It is located in Kingston, Ontario.

The university photographed in 1919. 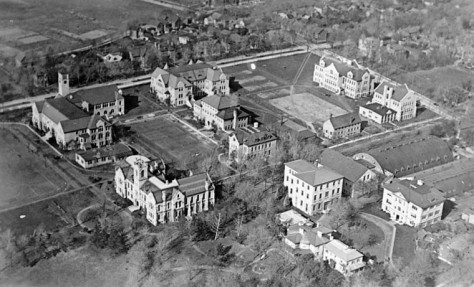 Carlotta Grisi as Giselle the year after the premiere

The story is of a nobleman, Albrecht, who falls in love with a peasant girl, Giselle, and disguises himself as a commoner to be with her. When his real fiancée arrives, Giselle goes mad and dies, becoming one of the ghostly Wilis, spirits destined to spend eternity gaining revenge for their early deaths. Giselle manages to save Albrecht from this fate.

On the 1st of May 1840, the world’s first adhesive stamp was issued in Great Britain.

Called the “Penny Black”, it featured a profile of Queen Victoria.

The stamp came into public use on the sixth of the month. This particular stamp was in production until February 1841.