This image from the Boston Public Library is dated the 19th of October, 1867, and shows people laying tracks for the Union Pacific Railway 300 miles west of the Missouri River in the United States.

On the 9th of August, 1867 sudden subsidence at Brandy Hole Viaduct caused a train to derail.

The location of the disaster was Bray Head, County Wicklow, Ireland. Four people died and twenty-five were injured.

The report into the disaster was published a few weeks later, and can be found in full HERE.

“The train to which this accident happened was the up train leaving Enniscorthy for Dublin, at 6.30 a.m. It consisted of an engine and tender, six carriages, of which the first was fitted with a break, and a guard’s break van. A porter acting as guard rode in this van at the rear of the train. It left Delgany about its proper time, 9.5 a.m., and was travelling slowly round Bray Head in obedience to orders which had been given to all drivers, and had nearly reached this wooden viaduct (called Brabazon corner in the details supplied by the engineer (the late Mr. Brunel), previous to the opening of the line in October 1855), when the acting guard says he got a knock in his van, looked out of the window, and saw the carriages hopping on the rails, and then he put on his break.”

Guy Fawkes Night is celebrated in Great Britain on the 5th of November. Below is an 1867 anti-Irish Guy Fawkes illustration from Punch magazine. Fenian refers to Irish nationalists. 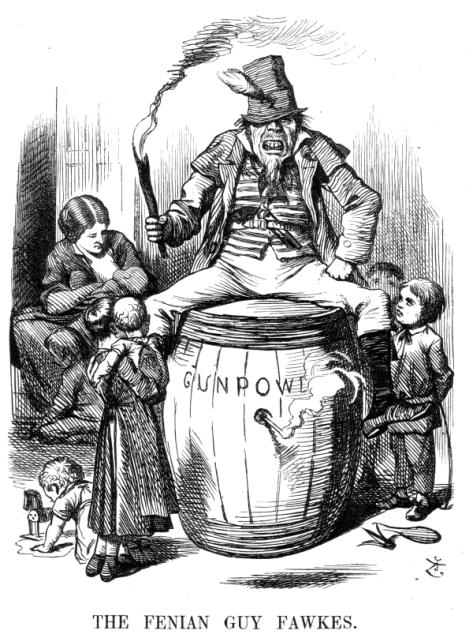 Mary of Teck was born on the 26th of May, 1867 at Kensington Palace in London. Though technically a German princess, her life was in England, where she would go on to marry the future King George the Fifth. 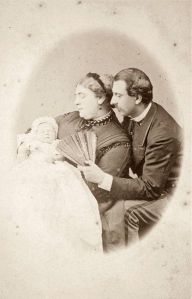 Today she is probably best-known as the grandmother of Queen Elizabeth the Second. 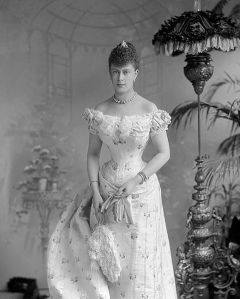 Her life very nearly took a different path, as she was originally engaged to the eldest son of the Prince of Wales, who died six weeks after the engagement was announced.

Her full name was Victoria Mary Augusta Louise Olga Pauline Claudine Agnes, and she held many titles, including Queen of the United Kingdom and the British Dominions, and Empress of India.