Snow Scene on the Northeast Corner of the Boston Common. From about 1875, and by Josiah Johnson Hawes.

On the 15th of November, 1875, nine people were killed in a head-on collision between two trains travelling between Linköping and Vikingstad in Sweden. The accident occurred just after one in the morning. Signalling confusion meant two trains were accidentally travelling towards each other on a single track.

The wreck is seen in a photograph taken a few days after the accident.

This image of Father Christmas, or Pere Noel, appeared in the Canadian Illustrated News in 1875. 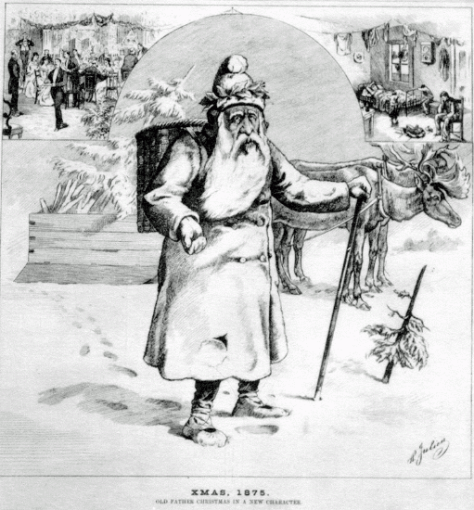 The steamer Aksai, travelling from Cardiff and bound for Odesa, wrecked on White Island, St Martin’s in thick fog.