From the National Library of Ireland

This photograph is thought to be from Sunday the 9th of October, 1904. Horses wait in a queue in the market town of Dromore in County Down.

Dromore is now in Northern Ireland.

Cassie O’Neill of Glenarm, (now in Northern Ireland) dances at a Feis in 1904. The term “feis” today refers to an Irish dance competition. 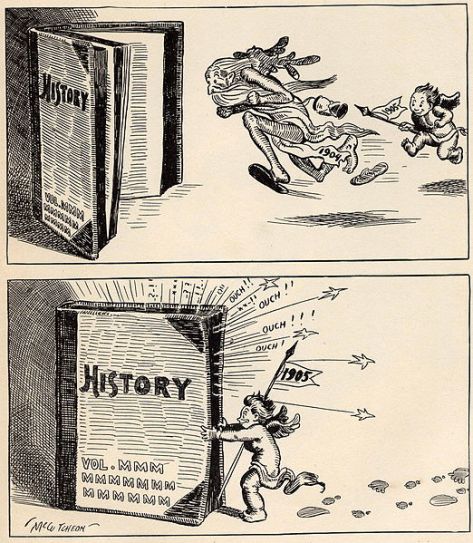 This German Christmas card is from 1904.

On the 27th of October, 1904, New York’s first subway line opened. It came three and a half decades after the city’s first elevated train was run. The first day of the subway line saw more than 150 000 passengers pay $0.05 for a journey on the train. 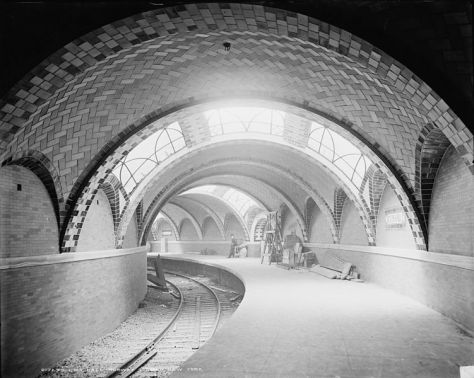 Illegal and legal versions of the same prayer book.

Imposed by the Russian Empire, Lithuanian language publication in Lithuania was banned for some forty years, and finally lifted on the 24th of April, 1904.

This was one of many attempts to stop the rise of nationalism throughout the non-Russian regions of the Russian Empire.

The ban made it illegal to print, import, distribute or possess any publications in the Latin alphabet.

The 9th of February, 1904 marked the conclusion of the two-day Battle of Port Arthur, and the commencement of the Russo-Japanese War. The war was sparked by a Russian desire to expand their territory in the Pacific Ocean and to set up a second port in the east.

The war would last until September 1905, and would result in a victory for Japan.

A Japanese print showing the destruction of Russian ships.

Two gentlemen in London in 1904

The Ålesund Fire happened in the Norwegian city of Ålesund on the 23rd of January, 1904.

The city centre was almost entirely destroyed, as most of the buildings were made of wood.

The only person known to die was an elderly lady who went back to her house for her bag.

Picture from the National Library of Norway