This painting, titled The Homecoming from Gallipoli, 15 July 1915, is by New Zealand artist Walter Armiger Bowring (1874 – 1931). It depicts soldiers returning home from the Gallipoli campaign in the First World War.

2779 New Zealanders – one-sixth of those who fought – died in the campaign.

Ukrainians are photographed harvesting in Separator, Saskatchewan, Canada in 1915.

At this point in time Ukrainians were forced to register as “enemy aliens”, and many were put into concentration camps to perform forced labour during World War One. 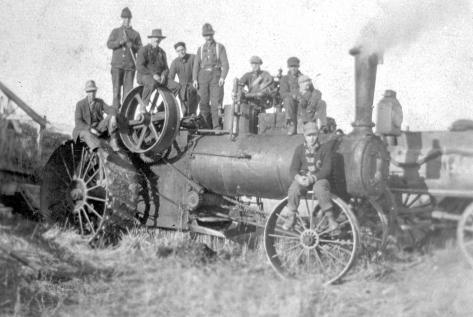 British ocean liner RMS Lusitania was sunk by a German U-boat on the 7th of May, 1915, less than a year into the First World War. 1198 out of 1959 people aboard were killed, and the sinking played a big hand in turning international opinion against Germany. 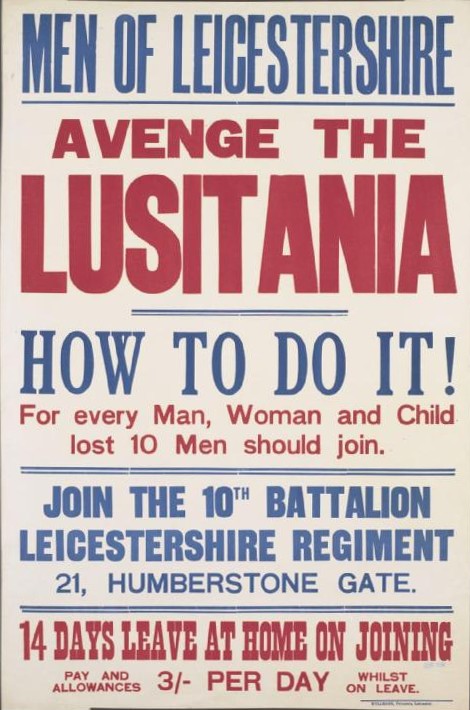 From the collection of the Imperial War Museums. 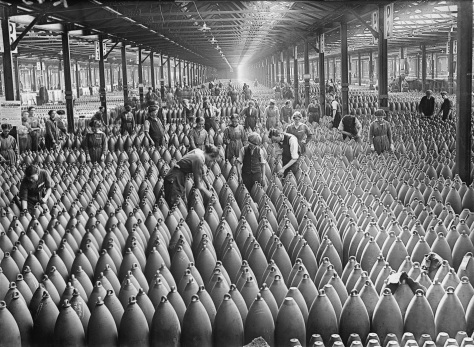 On the 1st of July, 1918, the deadliest explosion in British history occurred near Chilwell in Nottinghamshire, England.

The disaster happened at National Filling Factory No. 6, a First World War munitions factory that had been in operation since 1915. The factory was known for its “Canary girls“: women shell makers. 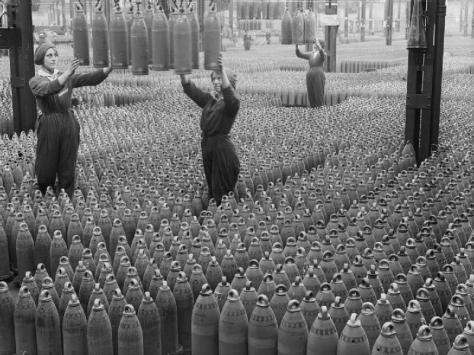 On the day of the disaster eight tons of TNT blew up, killing 134 people and injuring 250 others, however newspapers at the time reported a much lower death toll.

The site of the factory is now home to Chetwynd Barracks.

Later that month the troops received their orders to depart for the infamous Gallipoli Campaign.

Kitchener was killed by a German mine the following year, while travelling to Russia aboard the HMS Hampshire.

This image, taken on the 24th of May, 1915, shows Australian and Turkish troops collecting the dead after a nine-hour truce was called at the Gallipoli Peninsula in Turkey.

After an attack from the Turks five days earlier that left more than 3000 dead, the stench became so strong both sides agreed to remove the bodies.

The fighting in Turkey came to be commemorated in Australia and New Zealand as Anzac Day on the 25th of April each year. 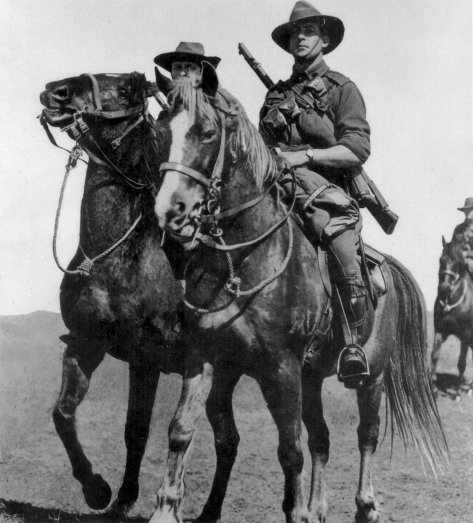 The Australian Imperial Force, the Australian Army’s expeditionary force in the First World War, was formed in August of 1914. The mounted Australian Light Horse made up part of this force.

This photograph was taken in November, 1914. The troops – both lighthorsemen – would soon leave Australia to fight.

Trooper William Harry Rankin is pictured on the right. He would go on to fight at Gallipoli in the Ottoman Empire, where he was killed on the 15th of May, 1915.

Rankin, from the New South Wales town of Mudgee, was thirty-nine at the time of his death.

10th January 1915: Members of the Australian 11th (Western Australia) Battalion, 3rd Infantry Brigade, Australian Imperial Force pose for a group photograph on the Great Pyramid of Giza in Egypt. The Australians did a lot of their training in the country.

In April of the same year they would take part in the infamous landings at Gallipoli in the Ottoman Empire (modern-day Turkey). 378 men in this battalion were amongst the 26 111 Australian casualties, which included 8141 deaths.