Today is the hundredth anniversary of the signing of the Treaty of Versailles, the most important treaty ending the First World War. 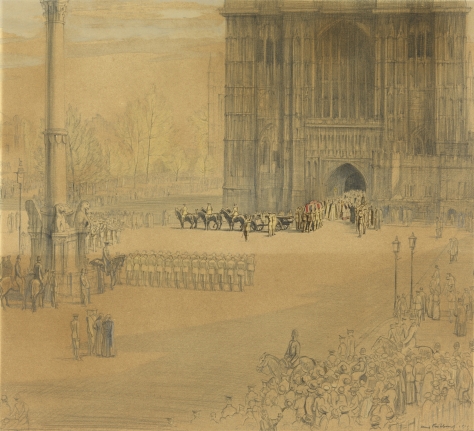 From the collection of the Imperial War Museums

The body of British nurse Edith Cavell is depicted here being taken to Westminster Abbey in London for a state funeral on the 15th of May, 1919. The image was created by English artist Henry Rushbury.

Cavell, who had helped Allied soldiers escape German-occupied Belgium during the First World War, was arrested by German authorities and executed by firing squad on the 12th of October, 1915.

Cavell’s killing sparked international outrage, and the incident was used in war propaganda in the years following her death. 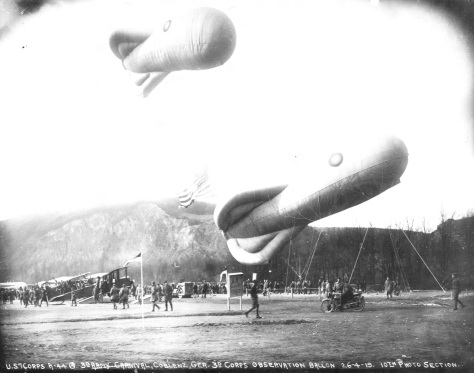 The United States’ Third Army Air Service, an organisation based in France and Germany immediately after the First World War, is shown here demonstrating Caquot Observation balloons and planes at an air show in Coblenz, Germany on the 26th of April 1919.

The area was occupied by France in the aftermath of the war, and in a sign of defiance of the occupation, the Germans living in the region began using the alternative spelling of “Koblenz” – which is the name used today.

The American organisation was disbanded in July of the same year.

The Royal Navy’s Admiralty Barge is photographed here in Chatham, Kent, England on the 1st of August, 1919. 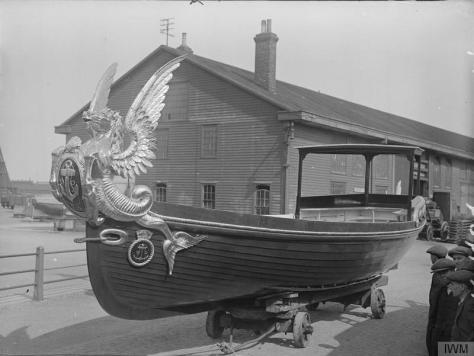 Soon after the end of the First World War, the 19th of July was designated as Peace Day in Britain.

The image below was taken on that day in 1919, during celebrations outside the Guildhall in Winchester in Hampshire. 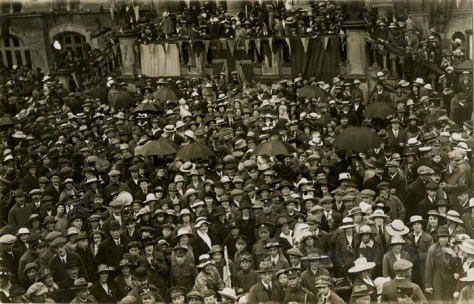 The Treaty of Versailles, the most important of the peace treaties to end the First World War, was signed in the Hall of Mirrors in the Palace of Versailles on the 28th of June, 1919.

The war also began on the 28th of June, when Serbian assassin Gavrilo Princip murdered Archduke Franz Ferdinand of Austria and his wife, Sophie five years before.

The Signing of Peace in the Hall of Mirrors, Versailles, 28th June 1919. 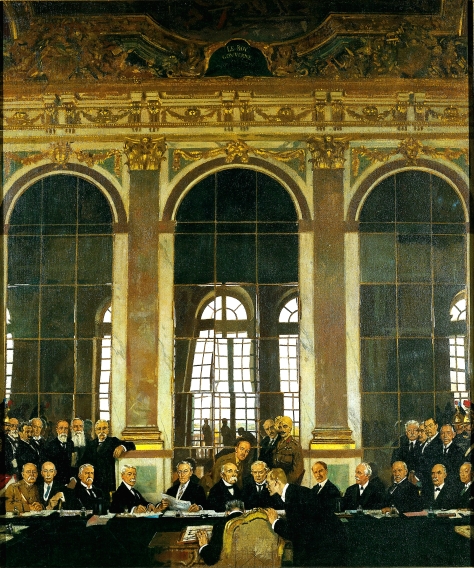 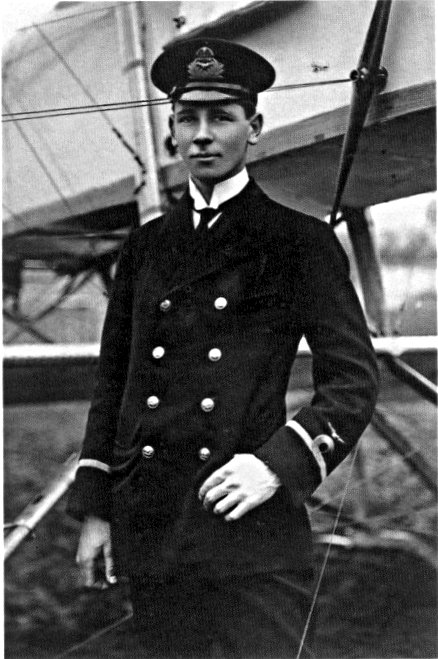 Only hours after being awarded the French Légion d’honneur, British Lieutenant Reginald Warneford was killed in an aeroplane crash on the 17th of June, 1915.

A 1919 painting depicting the moment the Zeppelin was brought down.

Only twenty-three at the time of his accident, Warneford, a member of the Royal Naval Air Service had been hailed a hero ten days earlier when he’d brought down a German Zeppelin in the First World War.

After the presentation ceremony and reception Warneford was transporting American journalist Henry Beach Newman from an aerodrome at Buc when the plane crashed, killing both passengers. Newman died instantly, while Warneford died of his injuries shortly afterwards. 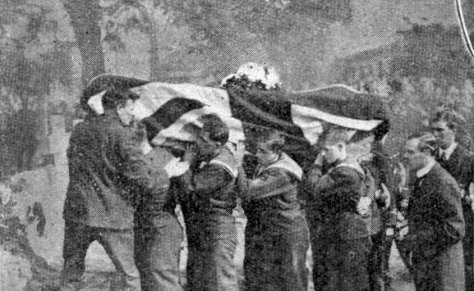 In addition to his French award, he was also given the Victoria Cross.