The opening night of Maple Leaf Gardens in Toronto, Canada was opened on the 12th of November, 1931. The official programme: 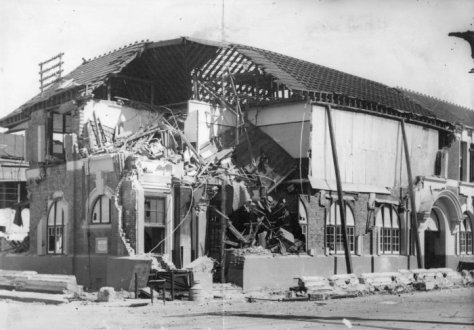 Also known as the Napier earthquake, the Hawke’s Bay earthquake lasted for two and a half minutes on the morning of the 3rd of February, 1931. It remains New Zealand’s deadliest natural disaster.

256 people were killed: 161 in Napier, 93 in Hastings and two in Wairoa. Thousands were injured.

The death toll would likely had been higher if the Royal Navy’s HMS Veronica had not been in port at the time and able to radio for help.

In the following two weeks there were 525 aftershocks.

Here is one of the sources for this image.