Newlay & Horsforth station in West Yorkshire photographed on the 26th of June, 1964. The line was later electrified, but this station closed the year after the pictures were taken. 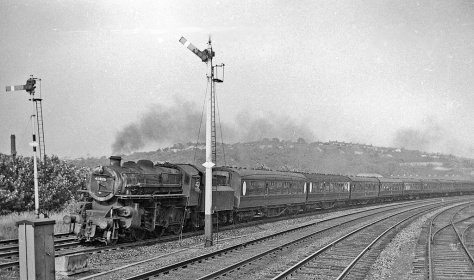 US President Lyndon B. Johnson entertains guests at a Christmas party near the Blue Room Christmas Tree in the White House on the 16th of December, 1964. 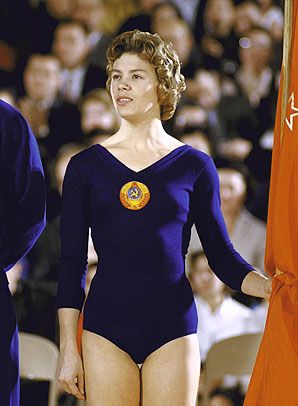 Ukrainian gymnast Larisa Latynina was born in Kherson in December, 1934. After her father was killed in the Battle of Stalingrad she was raised by her illiterate mother.

Originally a ballet dancer, after switching to gymnastics she went on to compete at the 1956, 1960 and 1964 Olympic Games.

Winning a medal in every event available to female gymnasts at all three Games, she became the most successful woman in Olympic history with eighteen medals, including nine gold.

She is one of only a handful of gymnasts who returned to the sport after having a child. At the time she kept her pregnancy a secret from coaches and Soviet officials.

Until US swimmer Michael Phelps recently overtook her, she was also the most successful Olympic athlete of any gender.