The 1992 Summer Olympic Games in Barcelona were held from late July to early August. Following the breakup of the Soviet Union the year before, athletes from the former USSR competed under their own flags and national anthems in individual events, and for the Unified Team in group events.

Ukrainian rhythmic gymnasts Alexandra Timochenko and Oksana Skaldina came home with the gold and bronze medals. They are the two fair-haired first place-getters pictured below at the 1991 World Championships.

Under their own flag for the first time, Ukraine’s 1992 female artistic gymnasts also outshone their teammates, with the women winning a further two gold, a silver, and two bronze medals individually, as well as a share in the team gold with their Belarusian, Uzbek and Russian teammates. 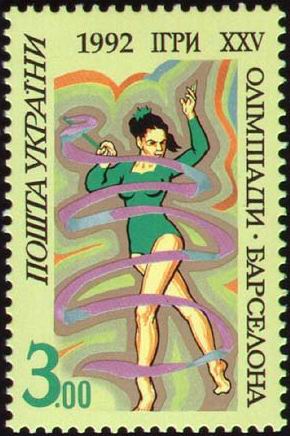 Despite almost no funding and an ongoing war with Russia, Ukrainian gymnasts continue to win Olympic medals, most recently gold and silver in the men’s competition in 2016. Many gymnasts from the country have moved to compete for other nations in order to access proper training facilities. Following the 2016 Rio Games, the equipment used in the competition was donated to Ukraine’s gymnastics federation.

The gold medal in the 1992 women’s Olympic gymnastics team competition was decided on the 28th of July in Barcelona. The event was won by the Unified Team, made up of countries of the former USSR.

Despite the common misconception all gymnasts on this team were from Russia, only one of the six competitors was. 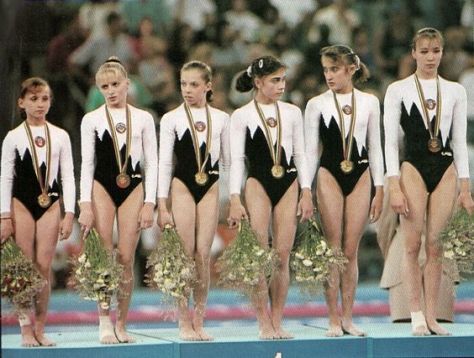 Tatiana Gutsu would go on to win individual gold, silver and bronze.

Tatiana Lysenko would win an individual gold and bronze. 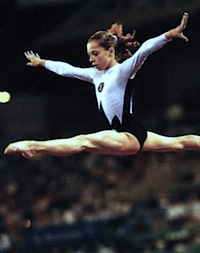 Oksana Chusovitina would go on to have a record-breaking career, competing all the way through to the London 2012 Olympics, and winning a silver medal in Beijing in 2008.

Strictly Ballroom is the movie that kicked off Baz (Romeo + Juliet, Moulin Rouge) Luhrmann’s career as the creator of lavish, sparkling, colourful, dance-filled movies, and it had its Australian premiere on the 20th of August 1992.

I remember all of the fuss the ballroom dancing community made when it came out – there was a distinct lack of a sense of humour! Some of it actually seems tame compared to real ballroom dancing nowadays!

The film stars Tara Morice and Paul Mercurio. I have a bunch of ties to Mercurio. Two years before the movie was released he choreographed a contemporary ballet for the company I was performing with. He was a young father just retired from his dance career, and my mother was the only person available to babysit.

Four years after the movie was released, he introduced my family when we were featured on Australian Story.

Strictly Ballroom was such an iconic film of the 1990s, and it’s still so much fun to watch.