7th November 1909: English scientist Norman Lockyer photographed London from the air with a use of a helium balloon. This image shows Sloane Square, on the boundaries of the Knightsbridge, Belgravia and Chelsea districts.

Lockyer, who – along with French scientist Pierre Janssen – was credited with discovering helium, was seventy-three at the time the photograph was taken.

This photograph shows the so-called Great Procession and Women’s Demonstration that took place in Edinburgh, Scotland on the 9th of October, 1909.

Amongst the banners being carried are those calling for Votes for Women. Women in the United Kingdom were not given equal voting rights as men until 1928. 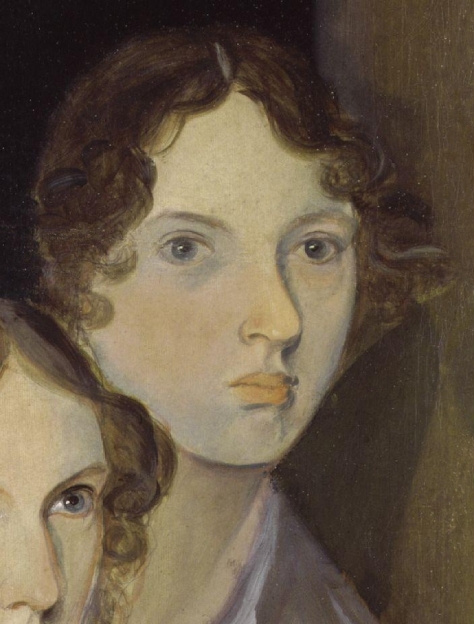 English novelist Emily Brontë, of Wuthering Heights Heights fame, was born on the 30th of July, 1818.

17th October 1918: Officers at the General Headquarters of the Anti-aircraft School of Britain’s Royal Artillery.

After more than four years of fighting, the First World War would be over less than a month after this picture was taken.

On the 18th of September, 1955, Britain claimed Rockall. Situated in the North Atlantic Ocean, the uninhabited granite islet is 370 kilometres east of Scotland’s Outer Hebrides. 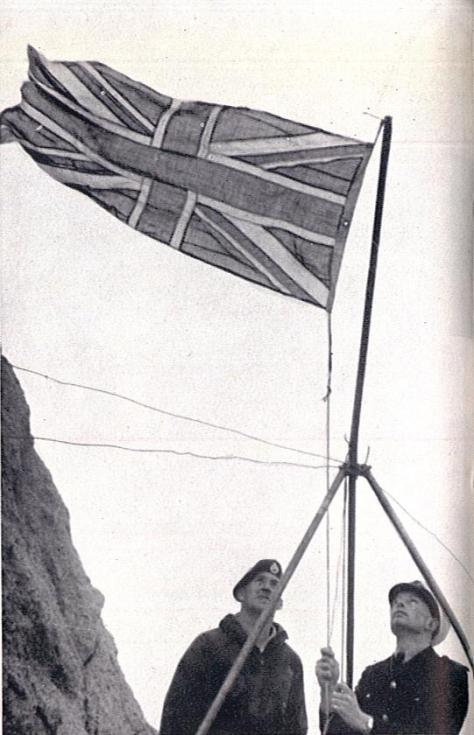 In the image above Lt. Cdr. Scott RN raises the Union Flag with the words:

‘In the name of Her Majesty Queen Elizabeth the Second, I hereby take possession of this Island of Rockall.’

Royal Marine Commando Cpl. Alexander A. Fraser stands beside him.

In March, 1943 a 170-foot wave crashing into the islet was photographed by the Royal Air Force.

4th August 1918: British soldiers in Ranchicourt, France hold a service to mark the fourth anniversary of the outbreak of the First World War. The British Army military band stands in the foreground. 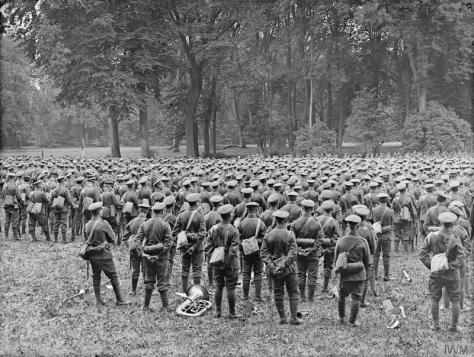 The only undisputed portrait of Emily Brontë, painted by her brother.

English writer Emily Brontë, famous for her only novel, Wuthering Heights, was born on the 30th of July, 1818.

Her famous book was first published in 1847. Brontë died the following year, at only thirty years of age. 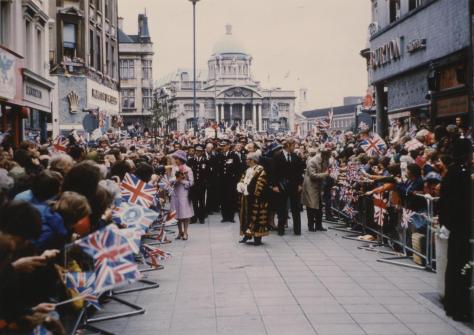 Her Majesty, The Queen and HRH The Duke of Edinburgh greet crowds in Whitefriargate in Kingston upon Hull, England, during celebrations for her Silver Jubilee. 13th July 1977.

This photograph is dated the 20th of May, 1961, and is of Buckley Junction Station.

Buckley, a village in the Flintshire region of Wales, is known for its distinct dialect. The unique way of speech is dying out as people come and go from the area.