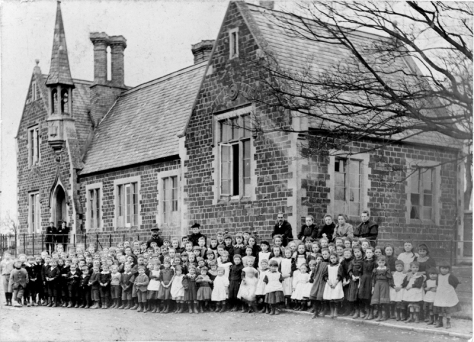 Pupils of the school photographed in 1895.

The Church of England Primary School in the village of Harby in Leicestershire, England opened on the 25th of March, 1861.

Part of the National Society for Promoting Religious Education, an organisation formed to promote education in England and Wales before the government began to regulate the school system, the building was constructed in 1860. It had two classrooms, and living accommodations for the teacher. 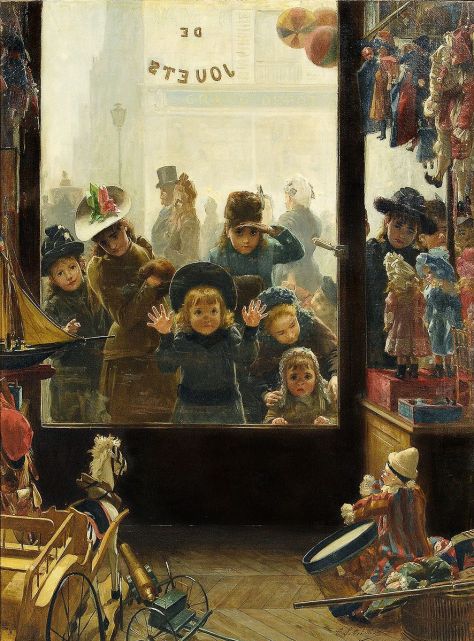 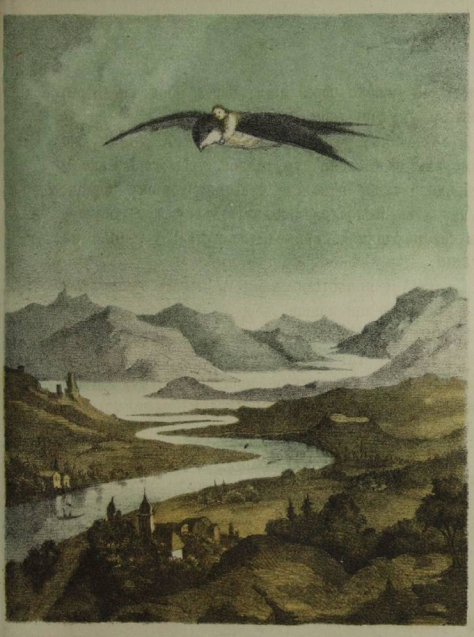 Danish author Hans Christian Andersen‘s fairy tale Thumbelina was published for the first time on the 16th of December, 1835.

The story, about a “thumb-sized” girl who goes on an adventure involving toads, birds, and a mole, and who then meets a miniature prince, wasn’t well-received at the time because it didn’t teach any morals.

The first English translation of the book was completed by Mary Howitt in the 1840s.

Usually omitted from English versions of the story, Andersen’s original featured a bluebird telling the story to Andersen himself. The bird had been in love with Thumbelina, and was heartbroken when she married the prince.

On this day: a War Child in London

This now-famous photograph, taken by Cecil Beaton, appeared on the cover of American LIFE Magazine on the 23rd of September, 1943. It shows Eileen Dunne, aged “3 and 3/4” sitting in her hospital bed in London’s Great Ormond Street Hospital for Sick Children after being injured in a German air raid.

The cover feature was significant, as it encouraged Americans – still more than a year out from joining the Second World War – to take more of an interest in the conflict.

The original caption for the photograph reads:

The wide-eyed young lady on the cover is Eileen Dunne, aged 3 3/4. A German bomber whose crew had never met her dropped a bomb on a North England village. A splinter from it hit Eileen. She is sitting in the hospital. A plucky chorus of wounded children had just finished singing in the North English dialect, “Roon, Rabbit, Roon.” The picture was taken by Cecil Beaton, the English photographer who generally specializes in fashionable or surrealist studies of society women.

This photograph is dated the 18th of September, 1950, and the caption reads as follows:

Two North Korean boys, serving in the North Korean Army, taken prisoner in the Sindang-dong area by elements of the 389th Infantry Regiment, are interrogated by a U.S. soldier shortly after their capture.

The Korean War broke out on the 25th of June, 1950. On that day North Korea (backed by China and the Soviet Union) invaded the South (supported by the United Nations).

1910 in New York saw the first public radio broadcast – live performances of the operas Cavalleria rusticana and Pagliacci from the Metropolitan Opera House, and the second ever NAACP meeting.

The photograph was taken by Lewis Wickes Hine.

Happy May Day! Here is May Day on the village green in Luddington, Warwickshire, England in 1933. 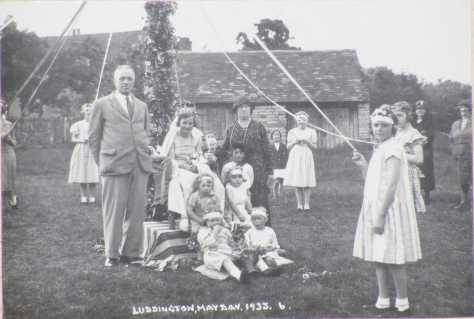 Today is (the increasingly controversial) Australia Day, so here are three girls and a kangaroo in Australia, circa 1900-1910.

From the collection of the State Library of Queensland.

In an age where Russia had whitewashed Stalin’s image and the nation now reveres him almost as a God, and at a time when young people – ignorant, or perhaps wilfully ignorant of recent history – embrace communism (if I see one more “social justice warrior” with a hammer and sickle avatar…), I’d like to share some pictures.

The problem with 20th century history taught in schools is that it stops with Hitler. Few seem aware that Stalin had the deaths of tens of millions on his hands.

The communist utopia teens and twenty-somethings in the West seem to dream of these days? This was the reality of it. 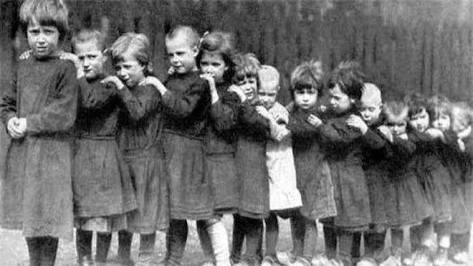