The Royal Military College, Australia’s army officer training establishment, was officially opened in Duntroon, Canberra on the 27th of June, 1911.

Governor-General, Lord Dudley presided over the ceremony. The college was built on the land surrounding the Campbell family homestead.

The college was so new at the outbreak of the First World War that the first officers had not completed their training when Australia joined the conflict in early August, 1914.

On the 27th of June, 1911, the Royal Military College, Duntroon – located in what is now Canberra, Australia’s capital city – opened its doors.

The college is the training centre for officers in the Australian Army, and sits adjacent to the Australian Defence Force Academy, which trains members of the Army, Navy, and Air Force.

Royal Australian Air Force Duntroon Cadets in Canberra, Australia in 1930. Australia’s Air Force was formed in March, 1921, but grew out of the Australian Flying Corps that had been around since October, 1912.

These days the Royal Military College uses the grounds in this area.

The city of Canberra was not established until many decades after these pictures were taken. 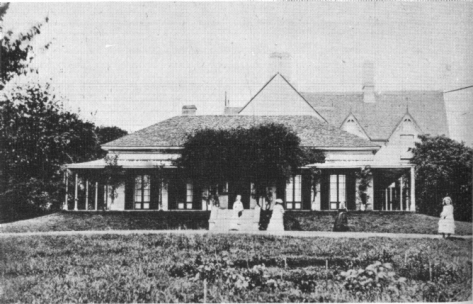