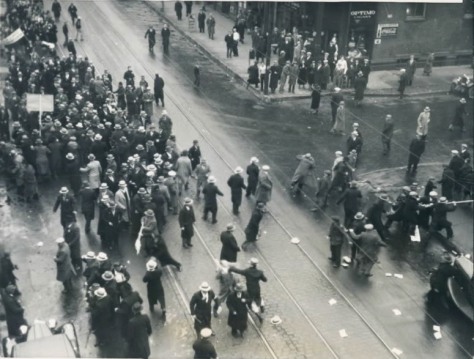 In a photograph dated the 17th of December, 1933, American communists attack a group of Ukrainians in Chicago, USA. The Ukrainians were demonstrating to raise awareness of the Holodomor, Stalin’s genocide of millions of people in Ukraine.

Between 1932 and 1933 Soviet authorities confiscated the food and crops of millions of ethnic Ukrainians, deliberately starving them to death. A similar genocide was also committed in Kazakhstan, where 42% of the ethnic population was killed and replaced with Russian colonists.

Unlike the Holocaust, there was very limited Western media coverage of the Holodomor, despite conservative estimates putting Ukraine’s death toll on par with it, and other estimates putting it even higher. This was because prominent journalists were either friends of Stalin or communists themselves, and they refused to report on it.

Amongst these genocide deniers was The New York Times’ Walter Duranty, while Welsh reporter Gareth Jones risked his life to get the truth out.

This time in November is typically designated as an awareness week for the Holodomor, Stalin’s forced famine-genocide of millions of Ukrainians in the 1930s.

Above is the Lavra monastery complex in Kyiv, Ukraine’s capital city. The golden tower/flame on the right is the memorial to the genocide.

The deaths of tens of millions in the Soviet Union should serve as a reminder why communism should never again be revived or allowed to thrive – something generations born after the fall of the USSR seem unable to fully understand.

6th August 1942: The Daily Express’ front page reports on Stalin’s genocide in Ukraine, sharing photos of the dead and dying that were sneaked out of the Soviet Union. Unlike many Kremlin-friendly Western publications of the time, the newspaper chose to report on the genocide that claimed the lives of up to ten million people.

In Ukraine the Holodomor took place from 1932-33, when the food and crops of ethnic Ukrainians were confiscated and the people deliberately starved to death, to be replaced with colonial Russians.

The city of Yekaterinoslav, Ukraine from the air in spring of 1918.

Under the Soviets the city was renamed Dnipropetrovsk, after a Communist leader responsible for engineering the Holodomor, the genocide of some ten million Ukrainians in the 1930s.

Following Ukraine’s 2013-14 revolution and the Russian invasion that followed, the local government renamed the city Dnipro.

Ukrainians in Sydney, Australia march against Russian communism on the 28th of June, 1953. This image appeared in The Canberra Times the following day.

More Ukrainians died under Stalin’s rule than the entire death toll of the Holocaust, with ethnic Ukrainians singled out by Soviet authorities for a genocide barely recognised by the world until the fall of the Soviet Union in 1991. 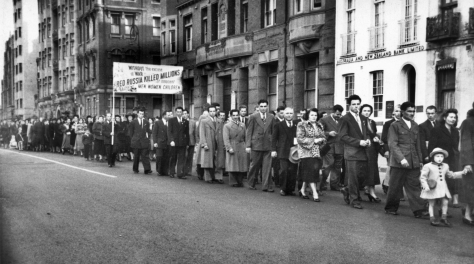 While everybody knows about the Holocaust, there was another major genocide in Europe in the 20th century that is almost unknown.

The Holodomor, Stalin’s manufactured famine/genocide, is believed to have killed up to ten million people in Ukraine in the 1930s. Still denied by Moscow, this genocide has received little to no attention from the West, and none whatsoever from Hollywood.

A new film is due out now which tackles this topic, focusing on a Ukrainian Cossack couple. Keep an eye out for Bitter Harvest this month.

In December 1930, 337 Ukrainian musicians were executed in Russia in an attempt to eliminate Ukrainian culture. Some historians place the date of the execution as 1933, but as with most things that happened in the Soviet Union, records are hard to come by. 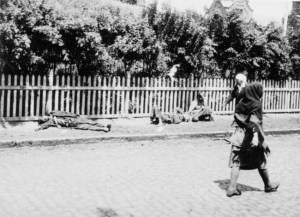 Dead peasants in Ukraine during the genocide.

This atrocity took place around the same time as the Holodomor, Stalin’s genocide in Ukraine that rivalled the Holocaust for deaths.

Read more about the execution of the musicians.

People drop dead in Ukraine’s streets as Russia starves millions of Ukrainians to death in the genocide – Holodomor – of 1932-33. 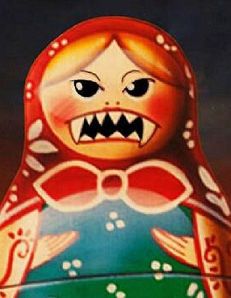 All I really have to say today is that if somebody doesn’t do something to stop Putin soon, they’re going to seriously regret it. The world has a long history of ignoring Ukraine’s suffering – nobody lifted a finger to save the millions of Ukrainians Russia killed in the Holodomor – but this is about more than just Ukraine.

Vladimir Putin is a megalomaniac who isn’t going to stop just because Obama and Kerry asked him nicely. It’s time for action, not pretty words. We all know what Russia has done to Eastern Europe throughout history. It will be no different this time round.