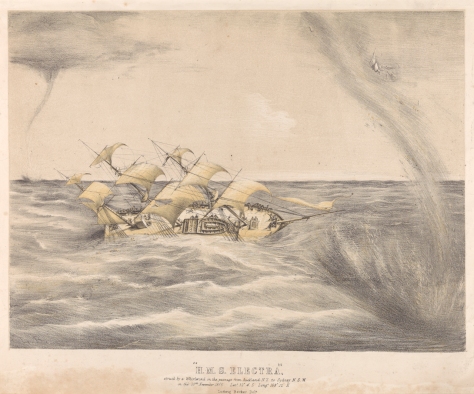 H.M.S. Electra, struck by a “whirlwind” on the passage from Auckland, New Zealand to Sydney, New South Wales on the 20th of November 1856.

The seaside resort of Hornsea in East Riding of Yorkshire, England was devastated by storms in March of 1906. The timber defences along the coastline were destroyed, and much of the beach was swept away.

Around 1907 work began on a new seawall. It can be seen completed in the second image, taken in 1910. 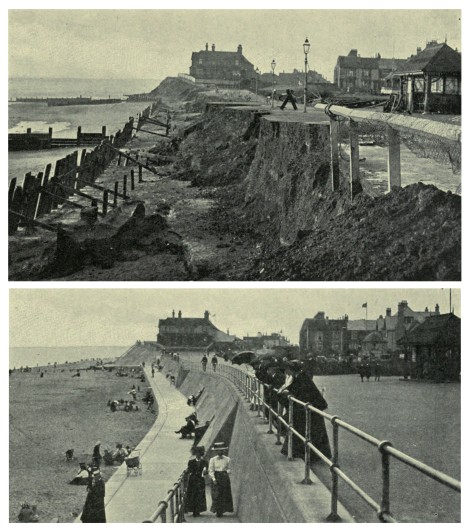 Snow at the residence of Deacon Z.K. Graves in New Hampshire, USA on the 13th of March, during the Great Blizzard of 1888. The blizzard was one of the most severe weather events in the history of America. 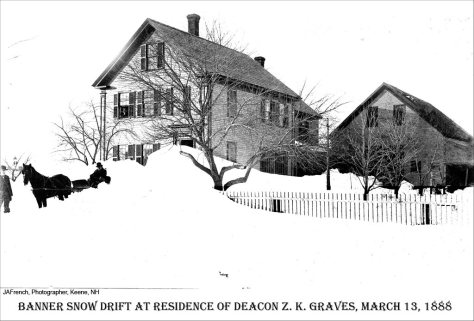 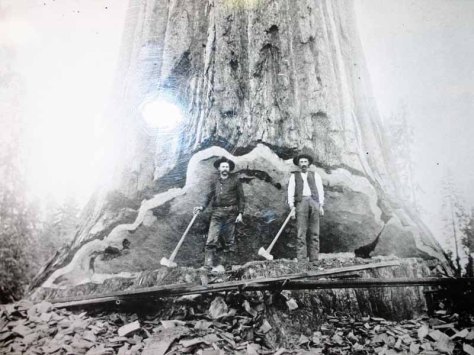 Sequoia National Park in California, USA, was established on the 25th of September, 1890. 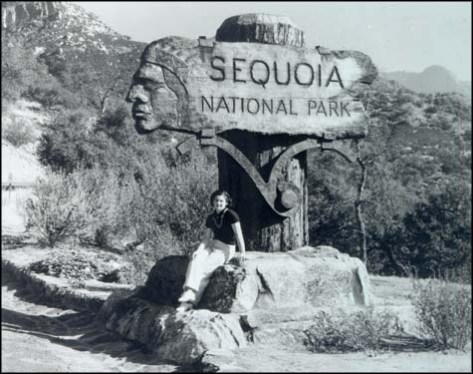 In the mid-twentieth century. Source

Famous for its giant sequoia trees, the park is home to the world’s largest tree, and is also famous for preserving a pre-European landscape in the state.

Mount Vesuvius, a volcano on the Gulf of Naples in Italy, had one of its more destructive eruptions in March 1944.

John Reinhardt, serving in the US Army Air Forces in the Second World War, took this photograph. 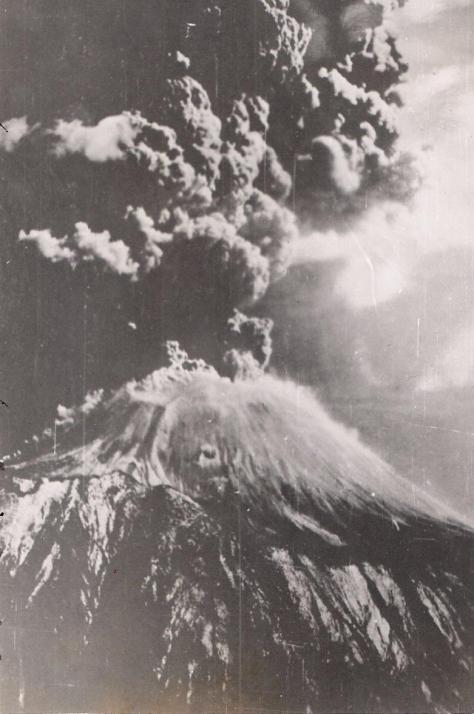 The British islet of Rockall is seen here on the 11th of March, 1943. Photographed by the Royal Air Force during the Second World War, the wave is judged to be about 170 feet high. 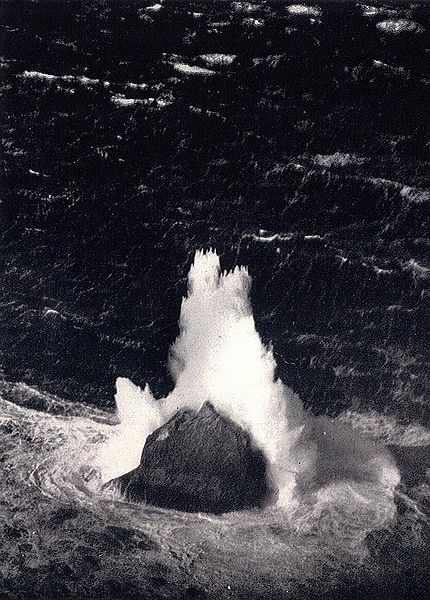 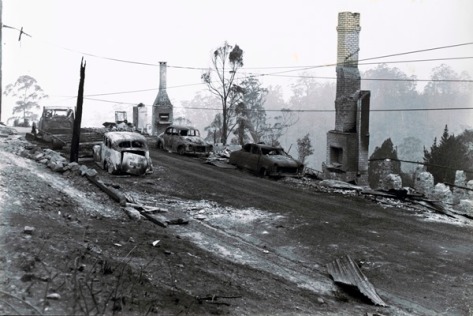 On the 7th of February, 1967, Tasmania’s deadliest fire disaster occurred in the middle of a summer heatwave. 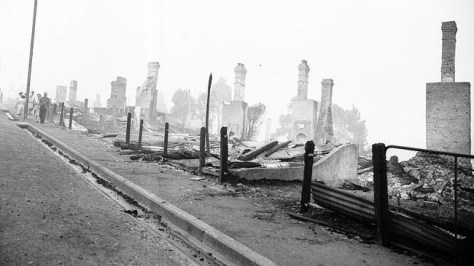 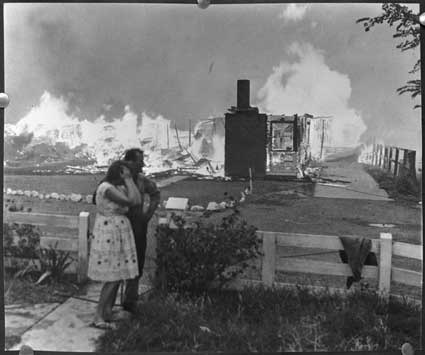 The causes of the disaster are listed as heatwave and strong winds, back burning (hazard reduction burns that got out of control), and arson. 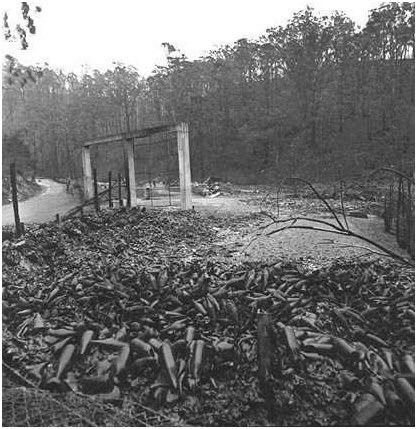 The Cascade Brewery was destroyed. X

There were 110 fires on the day, and only 22 were listed as accidents.

The Schoolhouse Blizzard, also known as the Children’s Blizzard, was a deadly storm that occurred in the United States on the 12th of January, 1888. 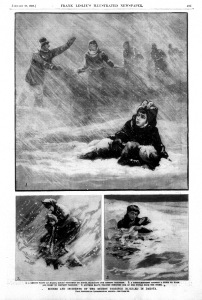 Following relatively warm temperatures, a blizzard struck the US plains, trapping many people who were caught unawares. 235 deaths were recorded, including children who had become trapped in schoolhouses. 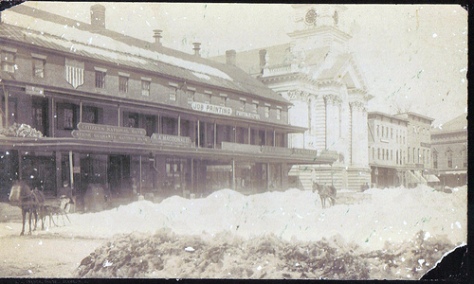 Stories of heroic teachers leading their students through the snow to safety became widely told. Some groups were successful, while others froze to death.

The 1938 New England hurricane formed off the coast of Africa on the 9th, and hit the United States on the 21st of September.

Estimated to have killed at least 682 people, the destruction was photographed at Island Park in Rhode Island on the 22nd. 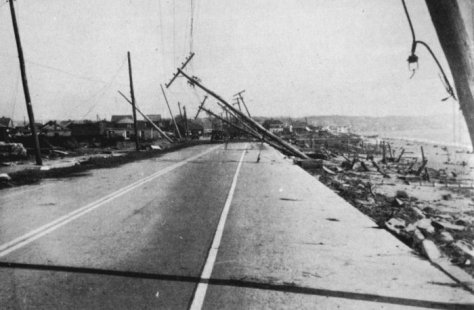 On the 1st of September, 1914, the world’s last passenger pigeon died in the Cincinnati Zoo in the United States. 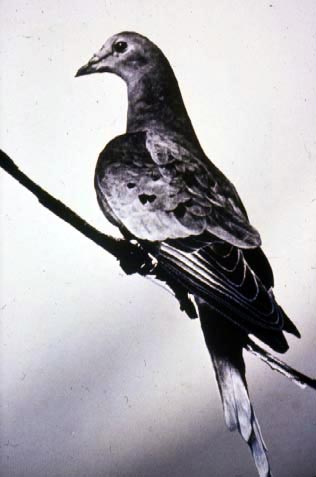 A female, named Martha, the pigeon was part of a species that was native to North America, and once one of the most populous in the world. The passenger pigeon once accounted for one in every four birds in North America. 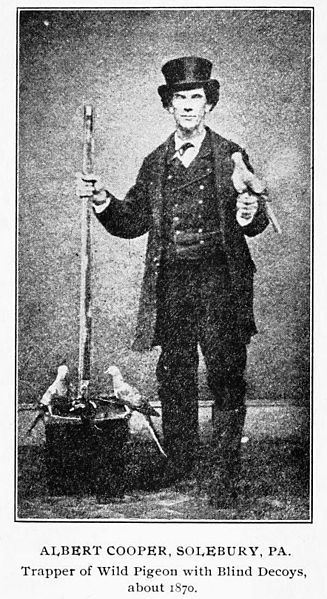 Hunting, the sale of pigeon meat, and the loss of habitat meant that the passenger pigeon died out. 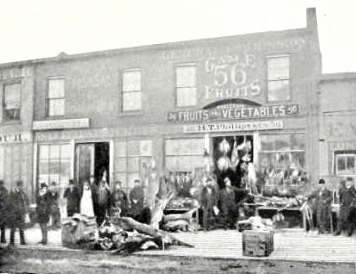 Conservationists made many attempts to save the birds, but the laws were not enforced.