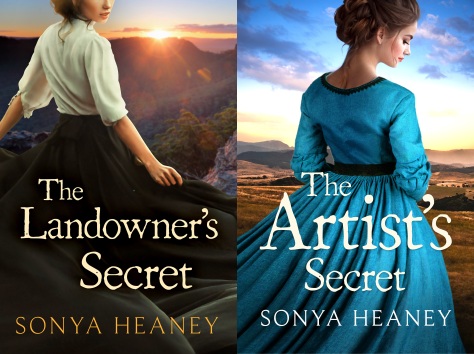 Thanks to Nichole Overall, an author and historian of the Canberra and Queanbeyan region, I’ve finally seen a Victorian-era photograph of The Dog and Stile, the pub that is in the background of my Brindabella Secrets series (book one is currently on sale for $1.99 for readers in Australia and New Zealand!).

The photograph is from the mid-1800s, and the building still stands in Queanbeyan, New South Wales (but no longer operates as a public house). You can see what it looks like now at the link to Nichole’s account.

Queanbeyan, New South Wales lies just over the state border from Canberra (about a fifteen-minute drive from where I live). It serves as inspiration for my town in my book, The Landowner’s Secret, which is set in the 1880s and on sale tomorrow! (I don’t use the same place name, however.)

I’ve spent a lot of time in Queanbeyan over the years because I’ve always had family who lived there, and so I know the place very well. I was christened and made my first communion there, in the Ukrainian church my refugee grandfather helped to build. We also have a bit of a family tradition of Friday or weekend lunch at one of the old pubs in town.

However, being able to track down some images of the town from the Victorian era, of the buildings that the reckless developers pulled down in the 1970s, has been invaluable. 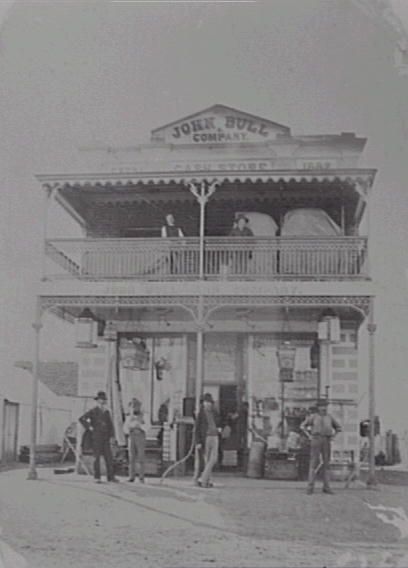 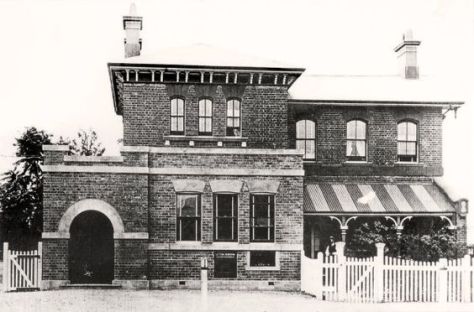 And here is Monaro Street, which is still Queanbeyan’s main street, circa 1880. It’s a faded old photo, but I notice the town’s transformation over the 1880s, as the population grew and the railway arrived (in 1887), and I have tried to incorporate that into the series: 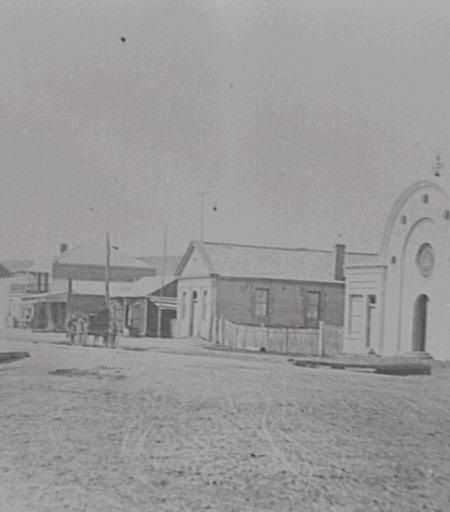 More images can be found on the book’s Pinterest board. 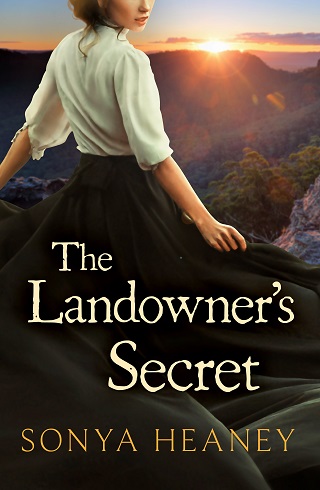 When Alice Ryan wakes to find thugs surrounding her cottage, on the hunt for her no-good brother, she escapes into the surrounding bush.

It is wealthy landowner Robert Farrer who finds her the next morning, dishevelled, injured, and utterly unwilling to share what she knows. With criminals on the loose and rumours that reckless bushrangers have returned to the area, Robert is determined to keep Alice out of danger, and insists on taking her into his home-despite the scandal it may cause. Convincing her to stay on with him for her own safety, however, is going to take some work.

What Robert doesn’t expect is his growing attraction to the forthright, unruly woman staying in his home. Before either of them can settle into their odd new situation, their home and wellbeing come under threat and they will need to trust each other to survive. But they are both keeping secrets, secrets that have the potential to ruin their burgeoning love, their livelihood … and their lives.

One thing that thrilled me about the cover for The Landowner’s Secret, my upcoming book, was that the designer really took the setting into consideration.

Yes, the story is set in colonial Australia, and yes, I know many people think of Australia in terms of either beaches or deserts. However, *my* Australia is about the mountains and the bush, and my book is set in the shadow of the Brindabella Range.

I look at these mountains every day. I can see them from the backyard, the front yard, from half the windows of the house (which proved pretty scary when fire came rolling down the hills during the devastating Canberra firestorm!).

Here is an image from of the mountains from Wikipedia/Wikimedia Commons. I think the view is reflected so well on the book cover: 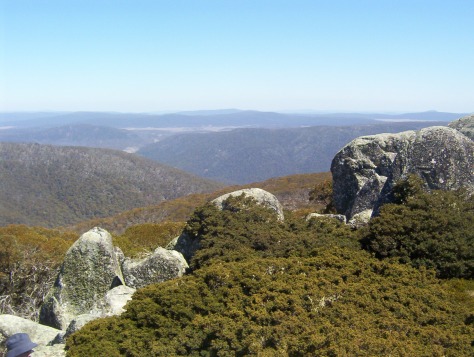 Here are a couple of random shots of I’ve taken while in the car (not driving!). The farmland in the second one is where I’ve set my hero’s homestead. 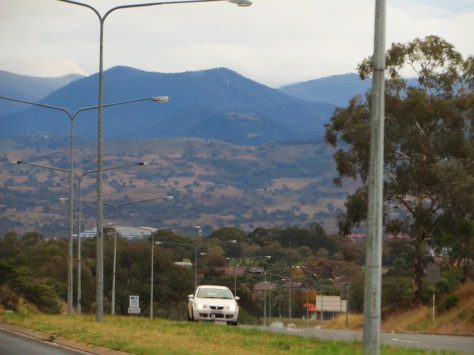 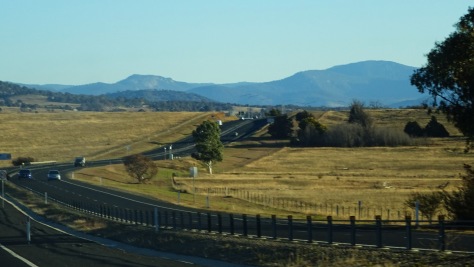 I know a lot of book covers in this world don’t have a lot to do with what’s actually written on the pages, and I consider myself very lucky that mine does! 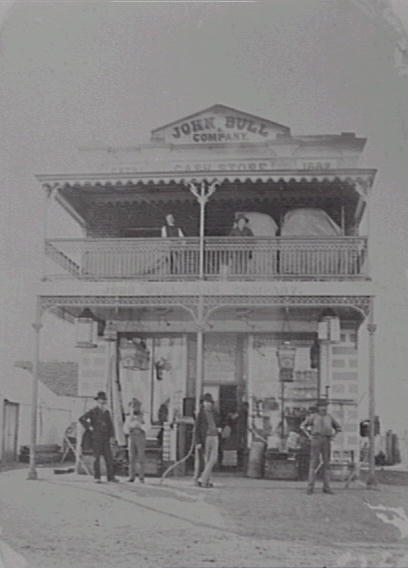