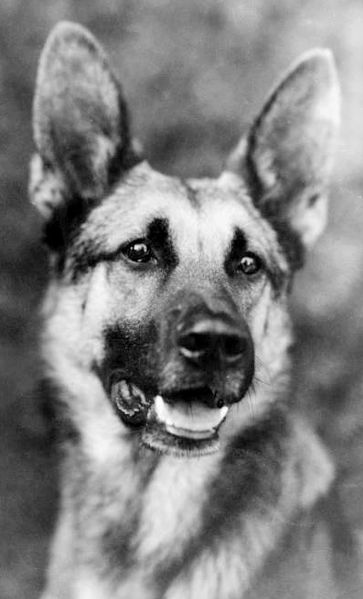 Strongheart, a German Shepherd, was born on the 1st of October, 1917. Originally trained as a police dog for Germany in World War One, he went on to become a movie star in America.

Originally named Etzel von Oeringen, his owner fell into poverty at the end of the war and sent him to the United States in 1920, where he was renamed at the suggestion of a studio.

Brawn of the North

Strongheart’s film credits include 1921’s The Silent Call and 1922’s Brawn of the North.

His last film was 1927’s The Return of Boston Blackie.

The dog was accidentally burnt by studio lights, which caused him to develop a tumour. He died in June 1929.