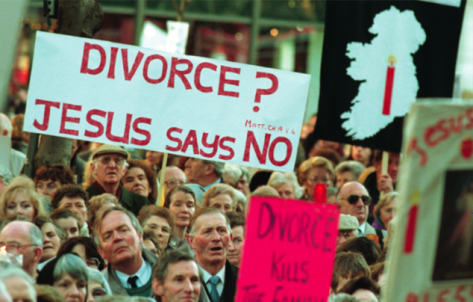 On the 24th of November, 1995, Ireland became the last country in Europe to legalise divorce. This occurred because of a referendum to change the constitution – not the first attempt to achieve this. 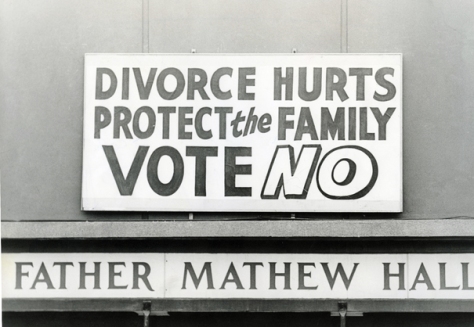 Opposition in the failed 1986 referendum. X

Divorce had been specifically forbidden in the 1937 Irish constitution. A heavily Catholic country, there was very strong opposition to the legal breakup of a marriage, just as there was when it came to the legalisation of contraception, which was only made available in the 1980s. 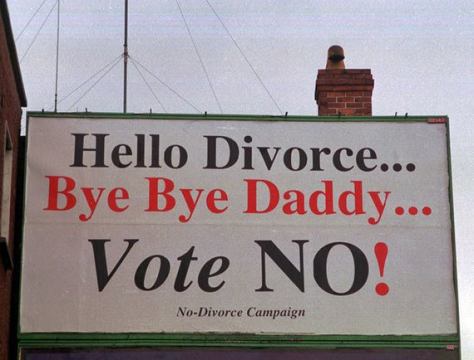